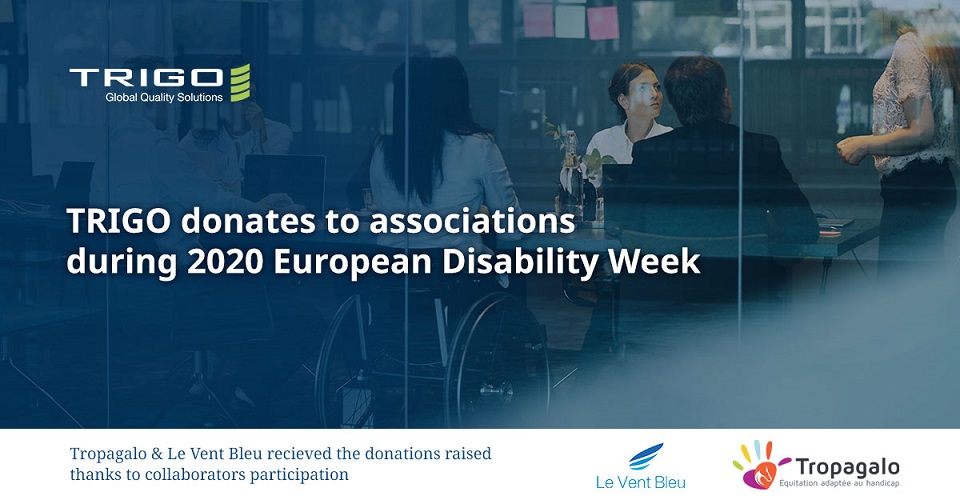 Every year, TRIGO France takes part in the European Disability Employment Week. During its 2020’ edition, the company joined this event in partnership with AGEFIPH, French association that supports professional integration of people with disabilities. This event is aligned with TRIGO’s CSR approach.

During the event’s week, the company leveraged an internal activity to mobilize employees around this subject. All the French collaborators have been invited to participate in an online board game to raise awareness around the most different subjects that surround disabilities.

This interactive game not only helped to bring more conscious of this topic but also helped to raise money into the cause: each collaborator’s participation has been transformed into an amount of money donated by TRIGO to two associations. In total, 75 collaborators participated in this initiative and helped to raise money to Tropagalo and Le Vent Bleu, the two associations that have been chosen to receive the donations. In total, 3000€ have been raised!

The European Disability Employment Week is an annual event. It is organized since 1997 and it has been first launched by LADAPT, a French association that work for social and professional integration of people with disabilities. The European event takes part during the third week of November, when many actions are organized envisioning people’s perception change regarding disability in business and in society.